These NES Games Shaped Who I Am 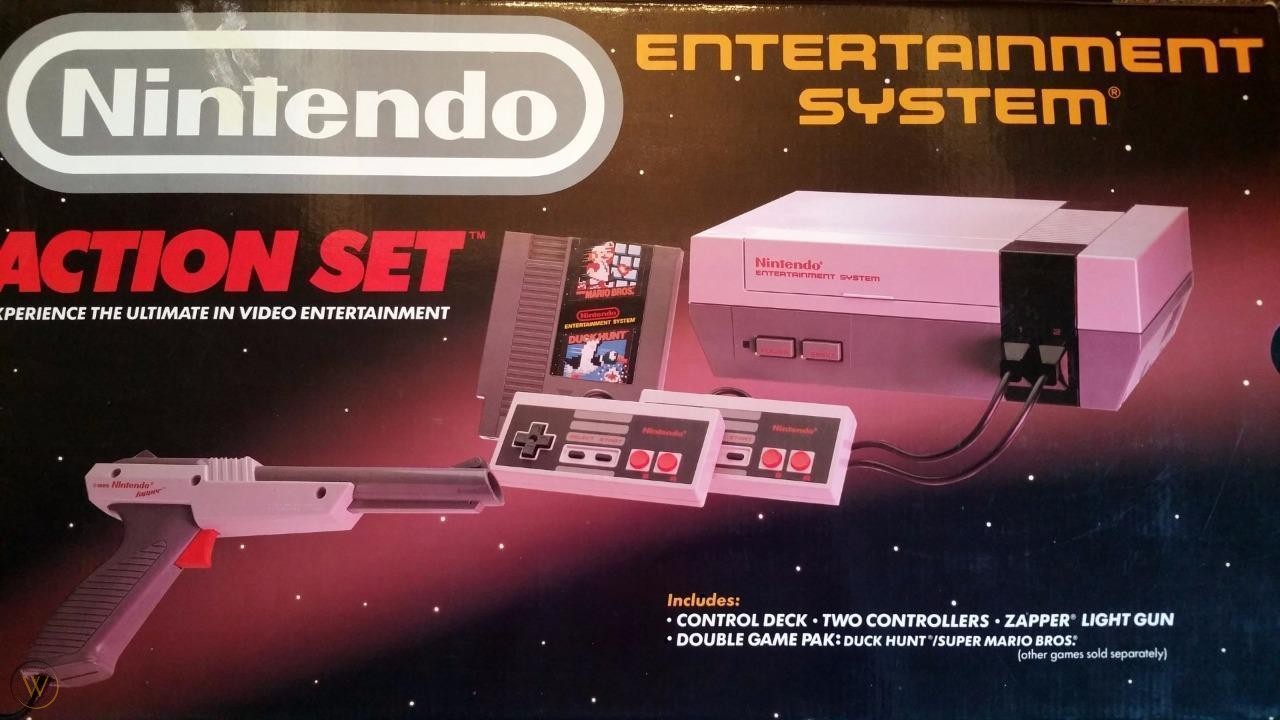 In 1985, I opened a Christmas present that would change my life forever. A Nintendo Entertainment System (NES).

I was only 3 at the time, and looking back as a parent now I feel like I was quite young to have a legit gaming console like that (thanks Dad!), but it was the hot new item during the holiday season, and I was happy to be a part of that history.

Two games came with the console, both within the same gaming cartridge: Super Mario Bros., and Duck Hunt. This was back when the NES Zapper was still gray before Nintendo was forced to eventually make it orange to differentiate it from a real gun in 1989.

To say I was enjoyed the games is an understatement. I was absolutely HOOKED.

I wasn't allowed to play all day, but when I did, I was transported. And when I wasn't holding a controller, I was holding a pencil, drawing the characters from the games and even coming up with my own levels and villains.

Saving the princess from Bowser became my mission in life. It was hard though, and I died – a lot. The princess almost never was saved, until years later when I finally beat the game.

At an early age, this game taught me that no matter what happened, I could always try again. If I died, I could get back to where I was and try a different way. I didn't have to get it right the first time. It was okay to make mistakes, and although it can be frustrating to do so, and even though it may say “game over” on the screen, I can always press start as many times as I want, and at least get back to where I died the last time to give it another shot.

We Traded in Our G.I. Joes for Another Kind of Soldier

I remember playing Super Mario Bros. with my friends, and although it was a 2 player game, each player still played one at a time. You'd just take turns after the other person dies. It wasn't until 1987 when Contra came out on NES that I understood just how much video games could bring people together on a team. In a cooperative effort.

Our G.I. Joes were now collecting dust in the corner because we'd be glued to our T.V. screens instead, playing Contra.

Contra was a “shoot 'em up” style game, and it was always more fun to play together with a friend. And of course, when you bust out the Konami code (UP, UP, DOWN, DOWN, LEFT, RIGHT, LEFT, RIGHT, B, A, START), you'd get 30 extra lives and have an incredible evening ahead of you to actually beat the game with your friends during your sleepover.

Since then, gaming has always been something that I knew to be fun to do together with others. Sleepovers during middle school turned into fun video game tournaments, especially when NBA Jam came out on Super Nintendo years later.

Even as an adult today, video games become a fun bonding and entertainment experience. And now, full circle, my kids and I game together, too. We've earned victories in Fortnite together, and we've even created our own world in Minecraft after defeating the Ender Dragon:

I'm grateful for the opportunity to share adventures with others through the medium of video games. Yes, reading a book is great (and we encourage our kids to read as much as possible), but when you get to live and share the story together with others in a video game, the story is so much more meaningful, in my opinion.

Having it Handed To You is Meaningless

Then, there was The Legend of Zelda. The best game that ever existed, and the first game that actually scared me, too. It was also the first game NES game that allowed you to save your progress. Funny, it wasn't until years later that I realized that Zelda was not the main character. She was the princess, and you were playing the character of Link.

Anyway, Zelda was hard. Like, super duper hard, especially for a 6 year old. There were puzzles, dungeons, giant maps that would be easy to get lost in, and it literally made me feel so happy and so frustrated at the same time.

A few years later, the Game Genie was released. It was an attachment that you could add to your NES game cartridges that would allow you to insert cheats codes into your games to unlock crazy items and abilities. I rented one from Blockbuster Video one evening and couldn't wait to use it. It came with a giant guide of all the games and the cheats for each of them, and of course, there was a list of cheats for The Legend of Zelda. So naturally, I put them in.

I did all the best ones:

And after about 15 minutes of GOD MODE, I was basically over it. There was no more challenge. I could literally go anywhere, get anything, and finish the game with hardly any issues at all.

What was the point?

Looking back, this is both a good and bad trait to have. As a business owner, there were times early in my career where I would have benefited greatly if I let go of certain tasks and didn't think I had to do everything myself, but at the same time, this trait also reflects my competitive nature and work ethic:

I miss my Nintendo. So many great memories, with friends, beating the same game over and over again and feeling accomplished, and even renting games at Blockbuster. Times have changed, so much, but one thing will never change about me:

I am forever a gamer. I am forever going to work hard to save the princess, and earn that top score.

What games did you enjoy playing as a kid, or even now? Let me know on Twitter or Instagram. I'd love to hear from you!

About Author More about Pat
Next Blog Post
I sold two businesses last month. Here's why.