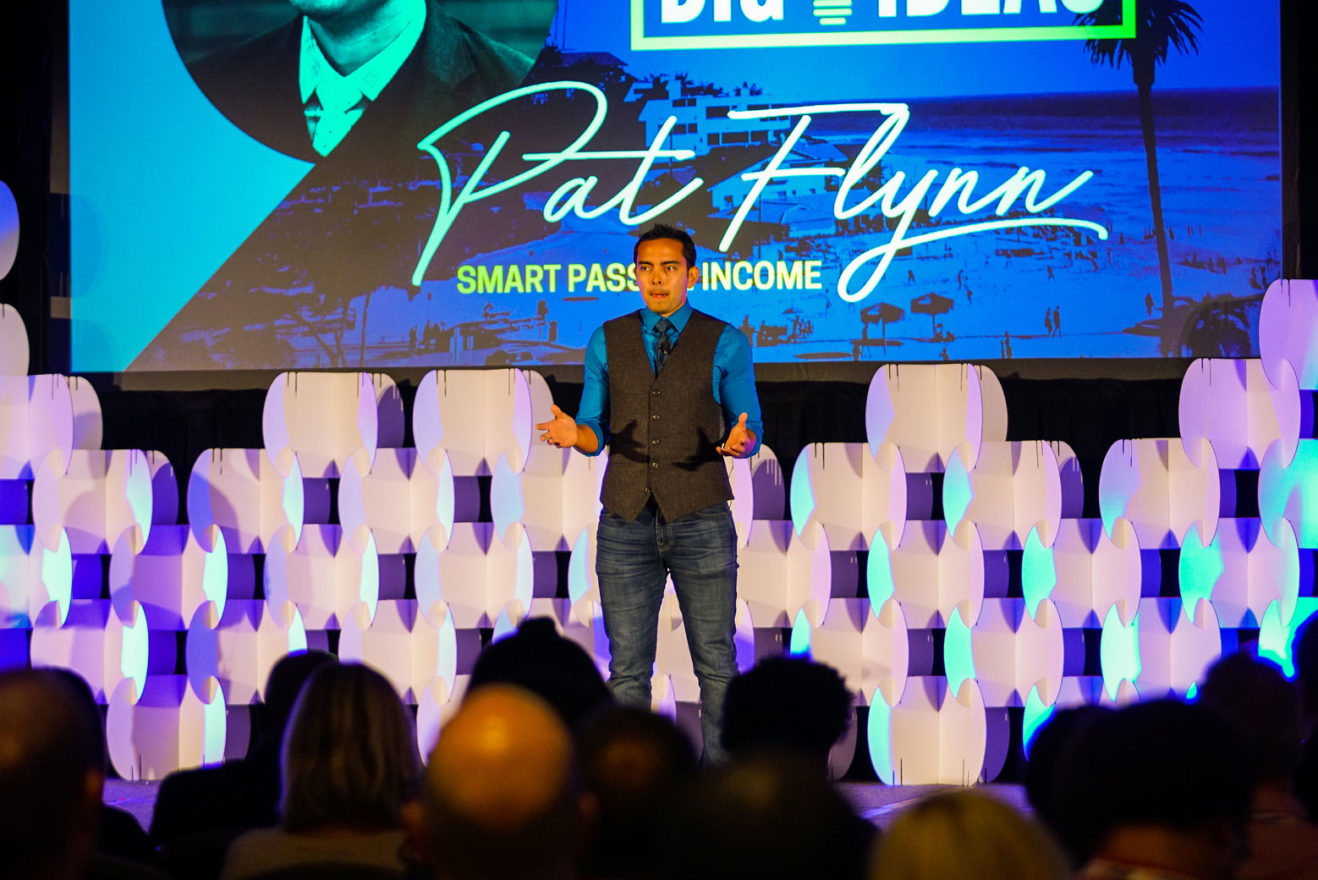 The businesses that I sold were FoodTruckr, and Security Guard Training Headquarters, two niche sites that I built back in the early 2010s as experiments on SmartPassiveIncome.com, used to publicly show people how to start a website and make money online.

Each one took a life of its own.

Security Guard Training Headquarters generated its first dollar online only after 73 since the experiment began. It was 100% based on keyword research, and I ended up ranking quite high for several keywords that were being underserved in the space, and generating Adsense revenue from Google.

FoodTruckr took a little longer to monetize as it was more niche researched, but after about a year and several conversations with food truck owners, it launched its first product, a guide to help brand new food truck owners start their business, and it ultimately generated more income than the other.

The interesting thing was this: I have no experience being a security guard or a food truck owner.

That was the point of the experiment: to prove that you don't have to be the expert in a niche in order to build a successful business in it. The trick was that instead of positioning myself as the expert, I took the position as the curator, the person who was going to step up to organize the noise and information out there and make it easily accessible and understandable for people.N

Not knowing about these topics gave me a huge advantage, because I could literally put myself in the same shoes as someone else who had no idea where to start.

Why Sell These Businesses?

For about 6 years straight, both websites were generating about $1,500 to $2,500 a month, on autopilot. That was passive income into my bank account, every single month.

So why sell them?

Because although they were automatic, they were not 100% passive income. Nothing is.

I still had to keep the content updated. I still had a team of writers to manage. I still had taxes to file, servers to upgrade and the occasional email or message from a visitor or customer.

With bigger projects coming up and more of my time and focus needed for them, I knew that getting these businesses into someone else's hands, and out of my brain, would be the best thing to do. Even though it wasn't much time to manage, it still interrupted my flow from time to time, and for a business owner who owns other businesses (and honestly, ones with more revenue potential, and other stakeholders involved), I couldn't afford to offer any more time to these businesses.

It Took a While, But…

Most don't know, but I've been on a journey to sell these businesses for over two years. With SPI Media bringing on more team members, with FlynnCon taking shape, new books being released, and another new company in the e-commerce and physical product space, I wanted these off my hands for a while.

I had some interested parties as soon as I started searching around for potential buyers, but honestly several fell through, and I came to a point where I felt like it wasn't ever going to happen.

I kept persisting, though, and finally, I had reliable buyers who did follow through, and we were able to strike a deal. And yes, these are two separate buyers, one for each of these businesses.

Unfortunately, I cannot disclose how much I sold each of these businesses for, but I have to say, it's not the money that brings me happiness here, it's the closure of two amazing experiments that have inspired many to start their own businesses, too, and the welcoming of a new era of my life where I cut out the excess, and focus on the main and primary objectives.

More on that later, but I'm happy to have let go of my babies, and I'm thankful for everyone who had encouraged me along the way with these sites, and am thankful they are in better hands to be nurtured and grow even further.

Here's a video I recently published on my YouTube channel about the one thing that helped me get to this point in the journey.

Here's to closing doors to allow ourselves to open new ones. Cheers!

About Author More about Pat
Next Blog Post
From Office Break-In to An Amazing Partnership (A Look at My New Office Space!)