The Toughest Crowd I’ve Ever Spoken to: Fifth Graders 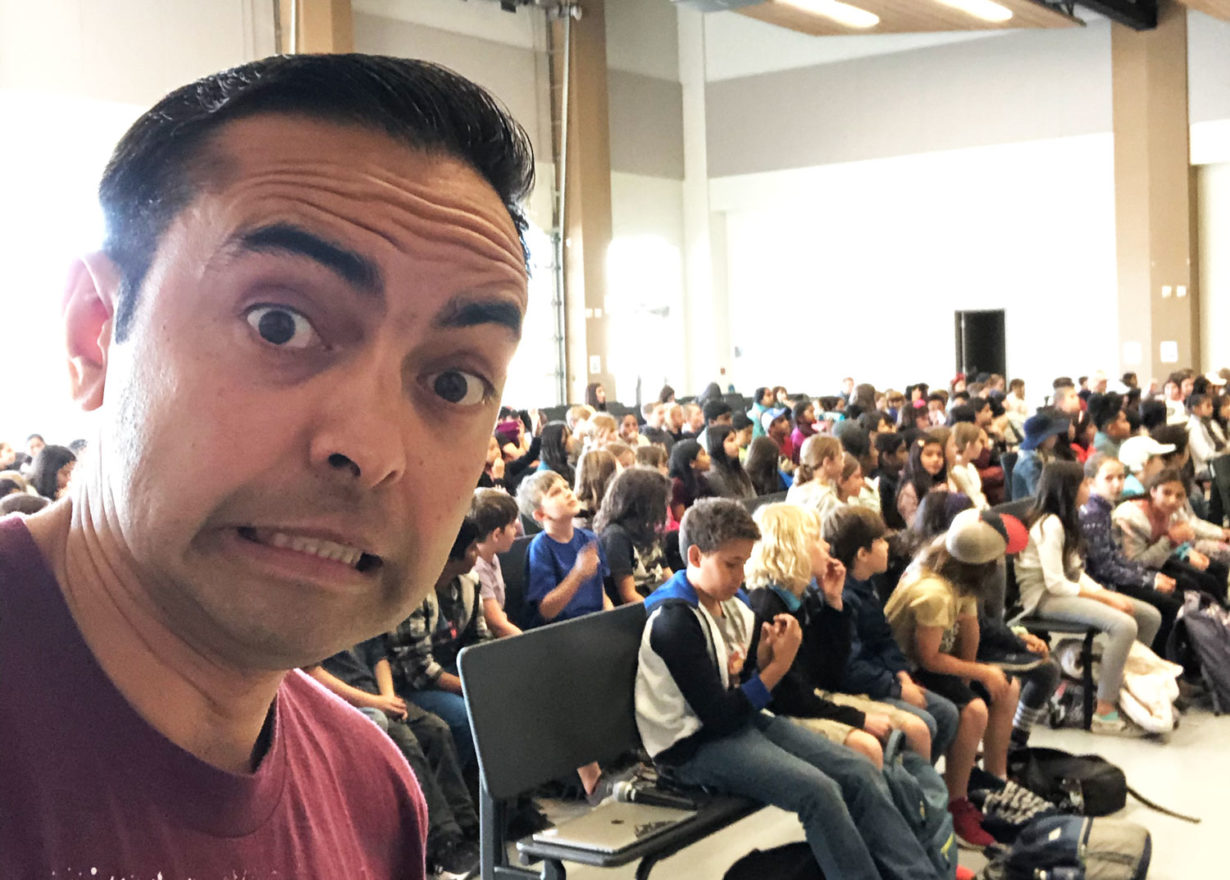 In February 2020, I had the honor of visiting a local school and giving a presentation about entrepreneurship and business. I've spoken in front of crowds of thousands before, but this time, it was a little different. These were fifth graders, and they were struggling.

I was asked a week earlier to come in and speak because these kids were in the middle of building a business and validating their product ideas, and many were having a hard time. I was told most of the students were doubting their ideas, unhappy with their prototypes, questioning whether to keep going, and many were starting over from scratch with new ideas simply because they were unsure.

It's a natural reaction, in both kids and adults, to turn the other way and want to try something new when things get hard and when we aren't sure what to do next. But the difference between an entrepreneur who succeeds and fails, is the ones who succeed give their projects a chance to succeed by persisting through the tough parts, and getting to the real truth behind “is this going to work or not?”.

My goal was to come into this presentation not just to inspire the kids and get them pumped again, but to offer them a real life example of how you can turn unknowns into knows, and how to pivot around the blockers, and not need to go back to the drawing board.

So, at 2pm in the afternoon, I made my way to the school with a presentation about the SwitchPod, a product and business I co-founded that was most similar to the kinds of products the students were creating, and one with a ton of lessons learned, failed prototypes, and one that best demonstrated that although we had no idea what we were doing, the goal was always the mission, and we pivoted along the way to get there.

The kids were amazing. There was not a rude kid in the crowd, and my story about the SwitchPod, and having all of our earlier prototypes with me, including the really bad and broken ones, I think made an impact on the kids. And when they saw that we earned over $400,000 dollars in a Kickstarter campaign, I could tell they were lit up and ready to get back to their businesses.

The struggles with the SwitchPod were real, and it took 2 years to finally land a prototype that my partner Caleb and I, plus our target audience was happy with, but the struggles were totally worth the effort, because in addition to nearly a half million dollars earned from over 4000 backers on Kickstarter, we are now on Amazon, and we are even in talks with big retailers to start selling our product, too.

In case you'd like to see the prototypes and the lessons learned along the way, I filmed this YouTube video sharing a lot of the story:

A big thank you to the kids in the crowd at the school, and their teacher for reaching out to me to help. I LOVE helping kids learn about entrepreneurship, and I can't wait to do it again. Here's to entrepreneurs, young and old, and to not knowing the exact path, but knowing we're going to do whatever we can to figure it out!

About Author More about Pat
Next Blog Post
Ski Week 2020: No Snow, No Problem